A quarterly publication dedicated to sharing untold stories from our favorite muses and creators (this time...in two parts!) 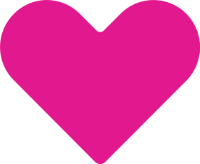 Before you read on, make sure you’re caught up on “Part I,” here.

I have nowhere to go, so I just pace around the block. It’s colder in the morning, and I should have brought a sweater, but She wasn’t there to remind me, so I didn’t. Now I’m cold and outside for no good reason.

The coffee shops in our neighborhood don’t open until at least 8:00 a.m. She picked this area because She has friends nearby. I do too, but the point is that She picked this area and I went along with it. Partly because I don’t really care about where we live, but also because it’s what She wanted. I always want to do what She wants. I like being close to Her, and also buying  two separate types of milk every time I go grocery shopping, because She won’t touch 2% but loves cheese, which makes no sense. I don’t know when this happened to me.

I stop at a magazine stand and buy a one-dollar cup of black coffee that warms me up immediately, which is the least it could do. The man working the counter asks if I want anything else. What I want is to take the whole thing back. I want to unmeet Her. But I just buy a pack of spearmint gum and Marlboro Reds. I end up throwing the whole pack in the trash. I hate cigarettes. I hate the way their stink sticks to your clothes and your hair like a parasite.

Last night, our bed felt too soft, like a sinkhole. I kept getting up to pee. I checked my phone, and it was 3:00 a.m. and She was still out. So, I watched an ASMR video where a man cracked eggs into a clear, plexiglass bowl, which made me uncomfortable. When the sun rose, I started my day, because there was nothing else to do but wait for Her. I pictured Her walking through the front door, Her hair up, all messy. The idea of Her coming home to find me peeing didn’t sit right, so I decided to go for a walk, which is what led me here, to this frigid April air.

When we first met, all we did was sleep together. We’d have drunk sex, then sober sex. Somewhere, somehow, She snuck in. I looked over one morning and thought, Okay. You’re here now. And it was nice to know that She’d be there, and that was it. But accepting that She was there was also scary, because it meant that She could leave before I was ready to let Her go. I remember thinking I was too young to be worried. I remember wishing we’d met when we were 35. 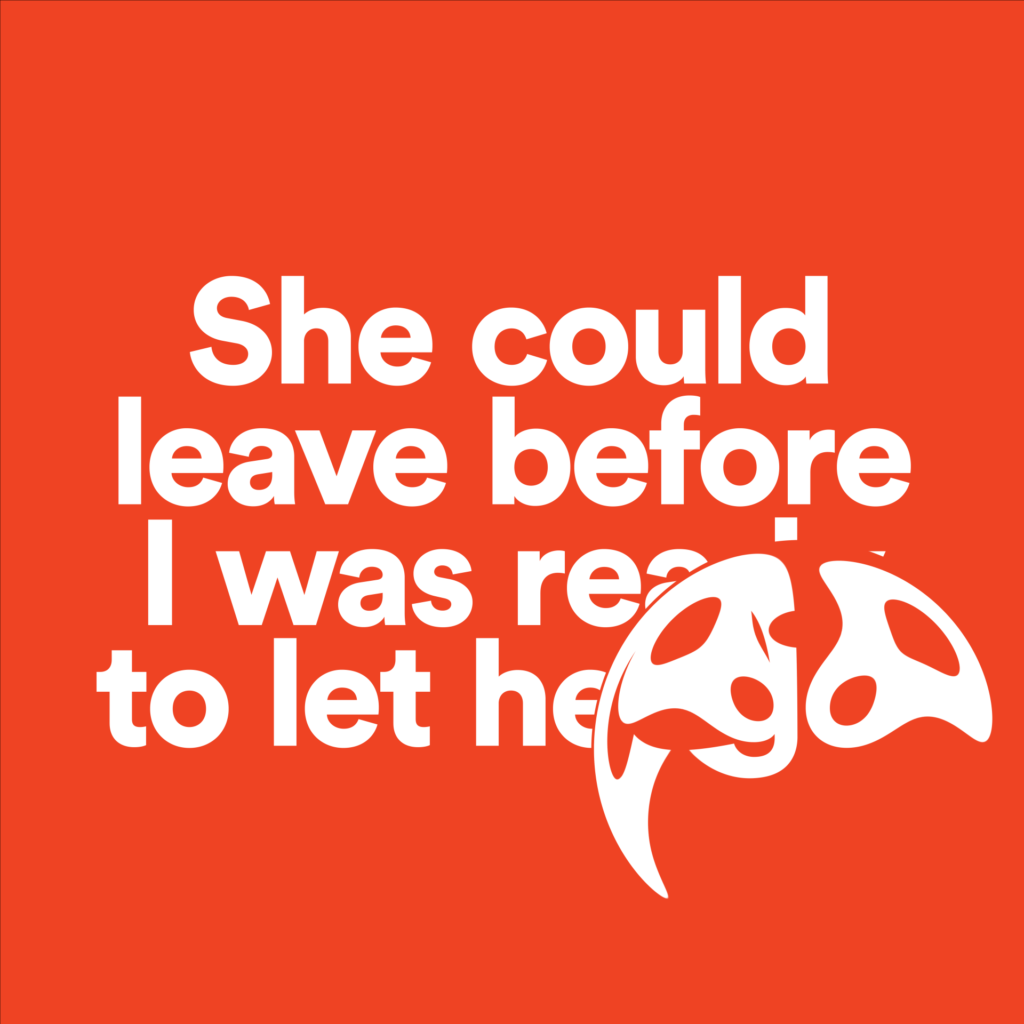 She probably wanted to end it, but I trapped Her. The word “open” flew out of my mouth so fast and then, all at once, everything felt different, even though everything was the same. She was still mine, but She also wasn’t. Like getting the flu or something. Your body is forever altered, but no one can tell by looking at you. Only you know the true difference.

Unraveling my life from Hers would be too much. We share one set of plates. I’d have to start picking out my own toothpaste and there are so many options. How would I tell my mother? I haven’t dated in five years. Her best friend is engaged to mine. They’re getting married in October. Maybe if I’d asked Her to marry me, none of this would have happened.

“We should set some ground rules,” She’d said.

“Well, obviously our place is off-limits. No introducing anyone to our friends. If I’m going out with someone, do you want me to tell you? Who and when and where?”

I’d meant it, I think. But now, the absence of knowing is a worse kind of knowledge altogether. I know She’s not here with me, and therefore, must be somewhere else with someone else. But who they are, or where they are, I have no idea.

It’s not the sex part that bothers me. I feel sort of apathetic about the physicality of it all. It’s the after part. The thought of someone else holding Her—that kills me. Inhaling Her hair. Kicking Her leg in their sleep. 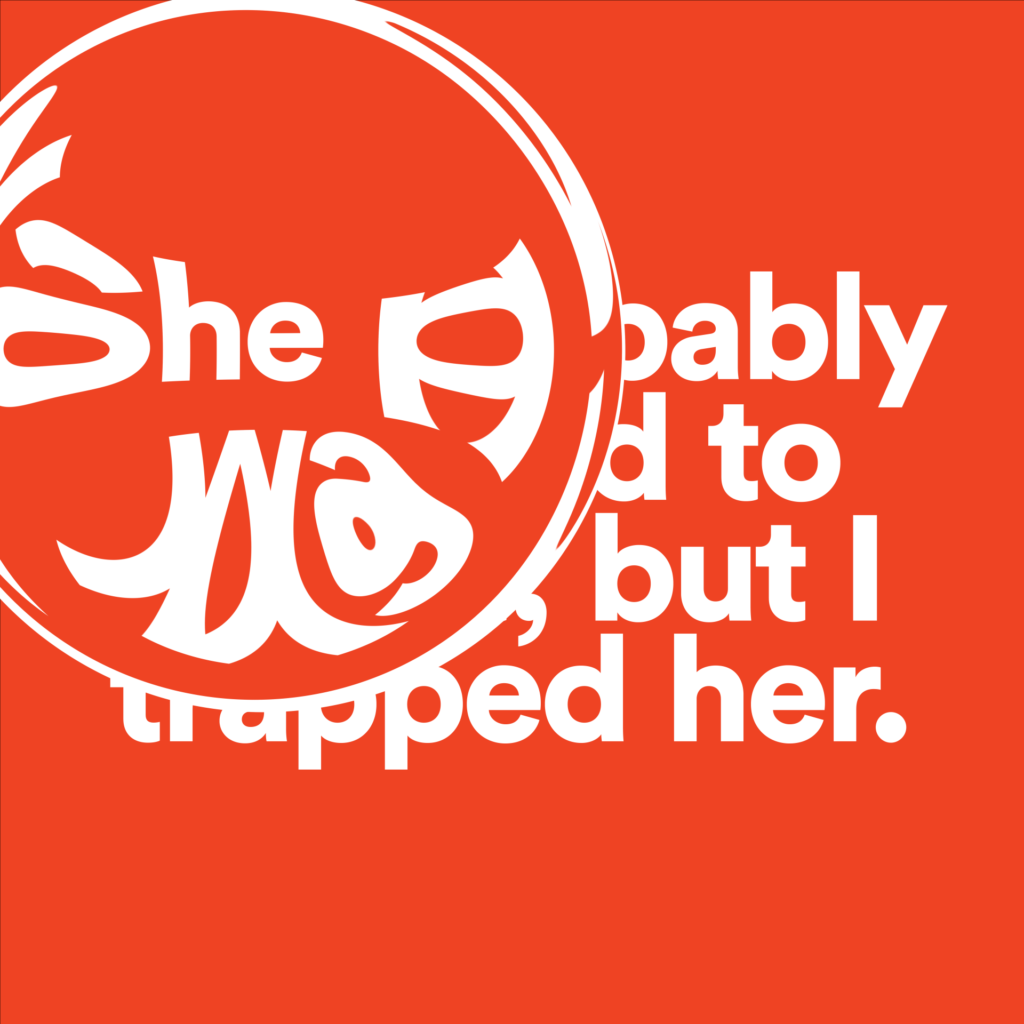 When I open the door to the apartment, She’s sitting on one of the ugly yellow chairs She found on Craigslist—the ones I had to rent a car and drive upstate to retrieve, even though I’d made my stance on them —that they were ugly— abundantly clear. She’s just come out of the shower and is wearing one of those caps that make Her look like a little sperm—mumbling under Her breath in a way that I used to find cute. I still find it cute, but now the fact that I don’t find it annoying annoys me.

I gesture to my coffee and She nods. I walk over to the bedroom, which is stupid because I have nothing to do in the bedroom, so I walk back into the kitchen. She’s charging Her phone in Her laptop, using one finger to haphazardly tap the screen, while hunched over the paper I’ve just brought back with me, which I haven’t yet had the chance to read. But the paper, much like my life, no longer belongs to me. It’s Hers now. 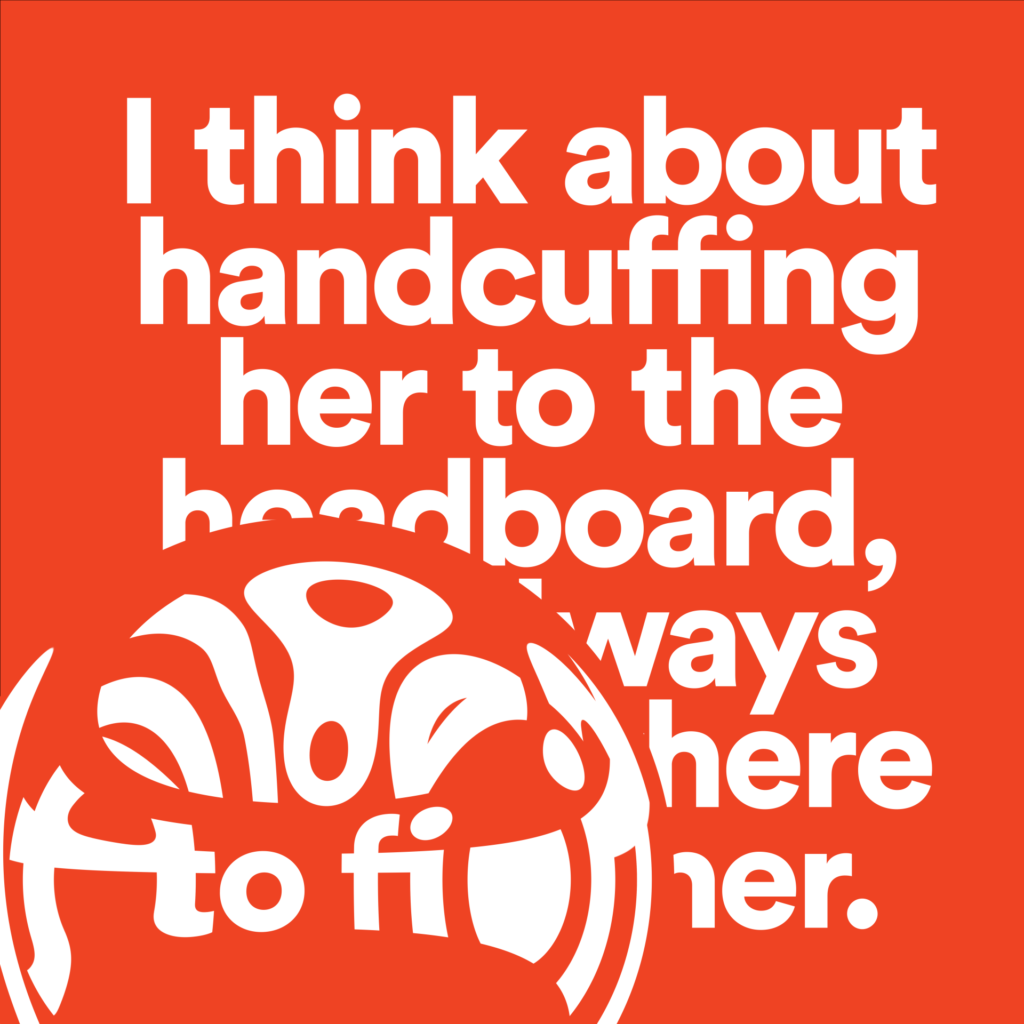 “What did you do last night?” She asks.

I hate myself so profoundly in this moment that I consider shrieking just to let some of me out, so there’s less of me to hate. I don’t ask what She did and She doesn’t tell me. She looks so pretty when Her hair’s wet. I want to tell Her that if She walked out right now and never came back, I’d probably still love Her forever, but I’d be so disgusted with myself that it might kill me.

“Read the paper while scrolling on your phone.”

“Multitasking is doing two things at once. You’re not doing either. You’re not paying attention to your phone and you’re looking at the words on the page in front of you without actually registering what they mean.”

She gives me a look that She usually reserves for our neighbor, the hoarder, then gets up and walks over to the bedroom. She lies on top of the duvet cover and folds Her arms across Her chest, staring up at the ceiling. I go and lie down next to Her. We share a mundane silence. It’s both familiar and foreign. I twitch uncomfortably.

I reach over then, without really thinking, and take Her hand in mine, rubbing Her thumb in a circular motion. I study Her fingers. They’re long and slender, like the prongs of a fork. I imagine what it would be like to propose, right here, right now. Would She say yes? Would I?

When I look back up, She’s fast asleep. Her nose whistles every time She exhales. I think about handcuffing Her to the headboard, so I always know where to find Her. I close my eyes. 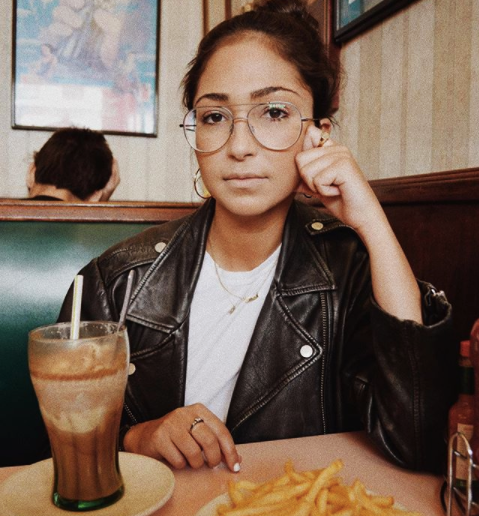 Iman Hariri-Kia is a New York-based writer, editor, and author. A 2017 recipient of the Annabelle Bonner Medal and a nationally acclaimed journalist, she covers sex, relationships, identity, adolescence, and more. She is currently the Deputy Editor at Her Campus. Her debut novel, A Hundred Other Girls, will be published in spring 2022.

Was this email forwarded to you? Sign up for the Daly News and become a part of our growing community.